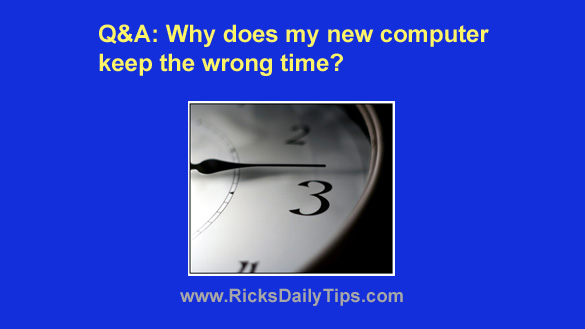 Question from Kevin: Hi Rick. I recently bought a HP laptop running Windows 10, and ever since I first brought it home it’s been keeping the wrong time.

It’s always 1 hour behind, and if I change the time to the correct time it just reverts back to the wrong time all on its own. It’s about to drive me bonkers!

Do you think it might be a bad CMOS battery or maybe a bad motherboard?

I’m totally at a loss and I’d really like to get this resolved while the machine is still under warranty. Any help will be greatly appreciated. 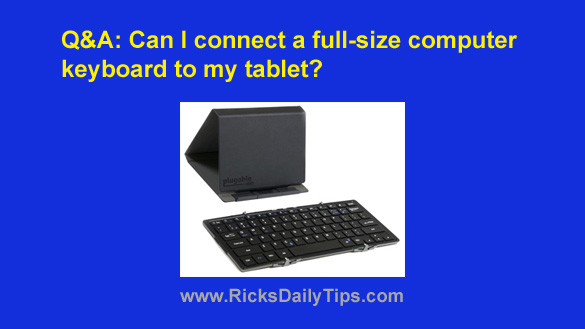 Question from Danica:  Rick, I recently purchased a 10″ Android tablet and I really like it.

It came with a keyboard cover but the keys on it are way too small for me to type without making lots of mistakes.

Is it possible to use a regular full-sized USB computer keyboard with a tablet?

If it is, how do I connect the two of them together?

Thanks in advance for your help. 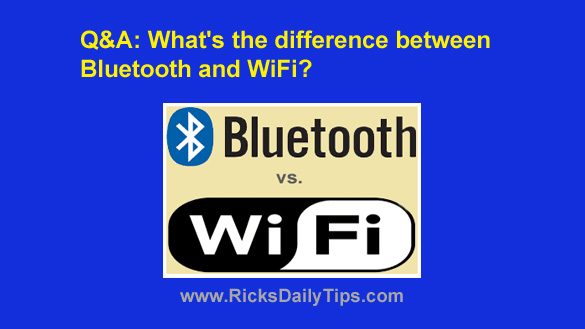 Question from Mary Anne F.:  After using a flip phone for years, I finally decided it was time to upgrade to a smart phone.

I found a good deal on a new iPhone at Best Buy, so I bought one. I like the phone ok, but some things about it are really confusing.

For example, my phone’s user manual says it supports both Bluetooth and WiFi wireless connectivity.

What is Bluetooth and how is it different from WiFi? 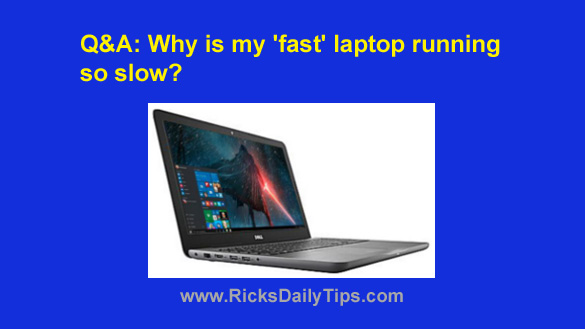 Question from Judy:  Late last year I decided that I needed a new laptop and since it was to be used for work I wanted one that was really fast.

Based upon the recommendation of a friend I ended up buying a Dell with an Intel Core i7 CPU, 16GB of RAM and a 1GB hard drive.

For a couple of months the new laptop was lightning fast, but then it slowed down to a crawl. And it happened virtually overnight. 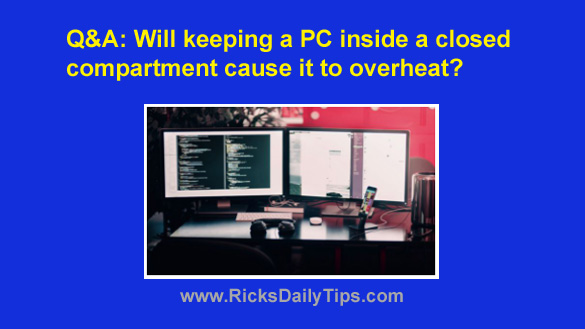 Question from Shauna:  I hope you will answer a question for me, Rick.

My business partner bought a new desk for her office. It’s really nice because it has lots of handy storage areas.

One of those storage areas is the perfect size to hold her desktop computer tower. I believe it was designed to hold a computer because there’s a hole to route the cables through in the back.