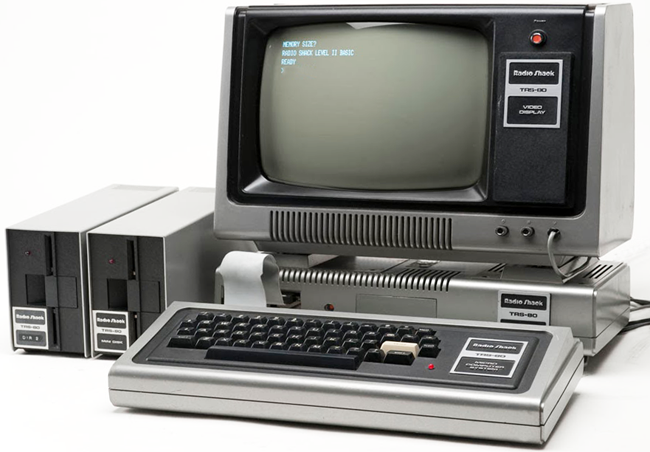 My love for technology began way back in 1978, the virtual stone age of the PC era. I was a senior in high school and enrolled in the Electronics program at our local vocational center at the time.

The focus of the program was to prepare us for a career in Radio and TV repair, but one day a classmate brought in a Radio Shack TRS-80 Model 1 that he had recently purchased.

After “playing” with that awesome (for the time) machine for just a few minutes I was hooked! Before long I had one of my own. I have owned at least one computer ever since the day I brought that baby home.

IBM soon introduced the very first IBM PC, a primitive machine by today’s standards, but quite advanced in comparison with my beloved TRS-80.

Before long there were IBM “clones” popping up everywhere, and along with them came countless retailers selling computer parts such as cases, motherboards, RAM, floppy disk drives…basically everything you needed to build a PC clone in your basement.

Well, I ordered the necessary parts and assembled my first home-built computer, and much to my surprise it worked the first time I hit the power switch. Once again, I was hooked.

Before long I was ordering parts in bulk and building computers to sell at a profit. This continued for some time, but eventually PCs became commodities akin to TV sets and microwave ovens.

Predictably, the prices for off-the-shelf computers began to drop as everyone and their brother bought one, and before I knew it I couldn’t build a PC as cheaply as I could buy one.

That pretty much put an end to my days of building computers for profit, but not before I had built and sold around 150 of them.

My computer endeavors quickly morphed from building PCs to upgrading and repairing them. I bought a couple of study guides for the Comptia A+ Exam, then took it and passed it a few weeks later.

I worked in the IT field in various capacities for the next several decades, including a stint as an officer in the US Army Signal Corps.

These days I spend most of my time blogging here at RicksDailyTips.com, but I still enjoy “popping the hood” on a PC and upgrading or repairing it.

The purpose of this blog is to share my insights and experiences with you, and hopefully learn some new things myself while I’m at it. After all, we’re never too old or too experienced to learn, especially with us living during an era when computer technology changes virtually by the day.

I hope you’ll return again and again to find out what’s new. I named this site Rick’s Daily Tips because I plan to post at least one new “tech tip” every day.

Thanks so much for stopping by. I appreciate it very much!

P.S. Want to make sure you never miss one of my tech tips? Enter you email address below to sign up for my daily Tech Tips Newsletter!