Question from Sara T.:  My iPhone used to display the sender’s full name on the Lock Screen when I receive a message, but after updating to iOS 7 it only displays the first name. How can I change it back?

Rick’s answer:  I’ve had several other people ask me about this Sara, so this change must really be annoying to a lot of people. That’s why I figured I might as well turn the answer to your question into a tip.

Here’s how to get the full name back on your Lock Screen message notifications:  END_OF_DOCUMENT_TOKEN_TO_BE_REPLACED 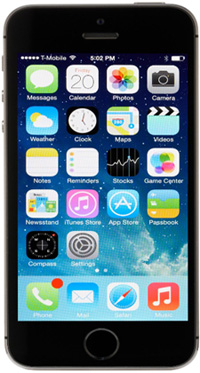 Many users of the new Apple iPhone 5S smart phone have complained that their phones take forever to charge and that the batteries die far quicker than they should. Apple has investigated the issue and discovered that some iPhone 5S’s do indeed suffer from  a serious battery issue.

Since battery life is one of the most important attributes for any mobile device, this is a very big deal. If you believe that your iPhone 5S might be affected by this battery issue, you should either contact Apple or return it to the place where you bought it right away. The fix (or a replacement) is free.

My recommendation is to try to return it to the retailer you bought it from first. They just might give you a replacement on the spot. But either way, it will definitely worth your time to get this issue taken care as soon as possible.

Malwarebytes has long been one of my most used and most often recommended anti-malware programs, and now the company has released a version that runs on your Android phone.

Malwarebytes for Android still performs its highly effective malware scanning and removal services, but it also does several things that the PC version doesn’t do.

I won’t go into all of the new features, but I will tell you about one of the most interesting and useful ones…  END_OF_DOCUMENT_TOKEN_TO_BE_REPLACED 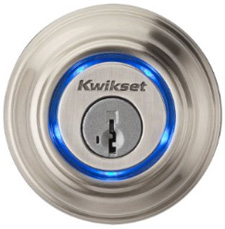 Have you ever had to put down the load of grocery bags you were carrying in order to fumble through your pocket or purse in search of your house key? Even worse, have you ever found yourself standing on the outside of a locked door because you forgot to take your keys with you when you left?

Of course we all have at one time or another, but the awesome Kwikset Kevo Bluetooth Deadbolt makes such misfortunes a thing of the past.

The Kwikset Kevo looks pretty much like a regular deadbolt on the outside, but inside is a tiny computer and bluetooth receiver that let you operate the lock using either your smart phone or the included key FOB. As long as you have your iPhone or FOB in your pocket or purse, you can unlock the deadbolt simply by touching it!  END_OF_DOCUMENT_TOKEN_TO_BE_REPLACED

Social media sites are notorious for the numerous scams that make their way among their users, but a new one that’s currently making the rounds on Facebook and Twitter takes the proverbial cake.

This scam is being distributed in the form of an official looking, but fake Apple ad which falsely claims that your iPhone will become waterproof if you upgrade it to iOS 7. Yep, you read that correctly. The “ad” claims that a simple operating system upgrade can defy the laws of physics and prevent water from seeping into your iPhone’s case.

Apple is one of the Internet’s most popular targets for scammers and pranksters, probably because there are so many Apple devices in use today. Most every household contains at least one or two of them.

If you haven’t seen the fake ad yet, here it is:  END_OF_DOCUMENT_TOKEN_TO_BE_REPLACED