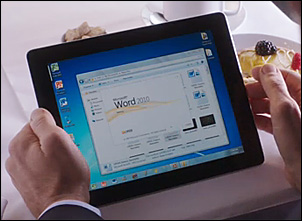 Have you ever thought it would be nice to have a Windows Desktop on your iPad or Android tablet? How about the ability to create and edit Microsoft Word, Excel, and Powerpoint files?

Onlive Desktop is a free download/cloud-based service that allows you to mimic the Windows experience right on your tablet, at speeds that make it hard to believe that you’re actually working in the cloud instead of natively on your tablet. Also included is 2GB of cloud storage. END_OF_DOCUMENT_TOKEN_TO_BE_REPLACED