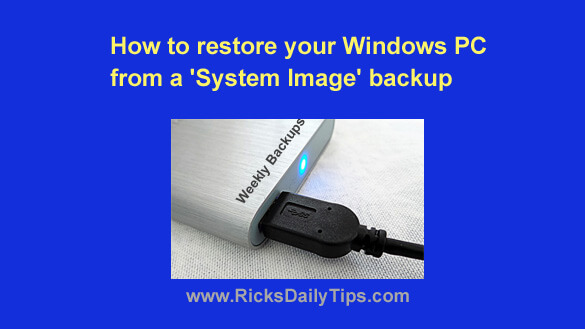 Many of the tips I’ve written explain the importance of creating regular System Image backups in case your PC’s hard drive ever fails or some other catastrophe wipes out your Windows installation.

It really is important to always have a recent backup on hand for those unexpected emergency situations, but one of my blog’s faithful readers recently pointed out that I have never explained how to restore a PC from a System Image backup.

The purpose of this post is to correct that oversight.

END_OF_DOCUMENT_TOKEN_TO_BE_REPLACED 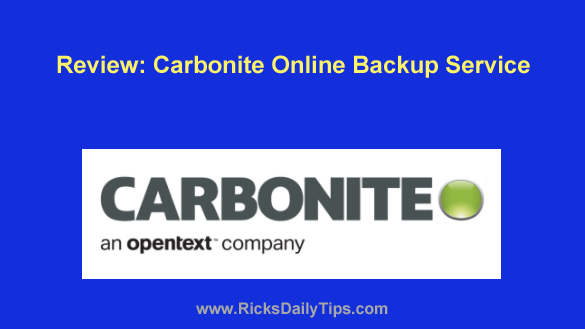 Have you ever had a laptop stolen or suffered a hard drive crash?

If so, you already know that losing your precious photos, music, Word documents and other critical files is even worse than having to replace the hardware.

If you didn’t have a current backup, you most likely lost every scrap of your irreplaceable data. That’s why always having a current backup of your hard drive on hand is absolutely critical.

But did you know that just backing up your data onto an external hard drive isn’t enough?

END_OF_DOCUMENT_TOKEN_TO_BE_REPLACED

Question from Bill K.:  I recently read an article about using hard drives or SSDs in a RAID configuration.

Question from Phillip D.:  I’ve been reading your blog for a while now and you often mention creating “System Image” backups.

Are these just regular backups or is there something different about them?

END_OF_DOCUMENT_TOKEN_TO_BE_REPLACED 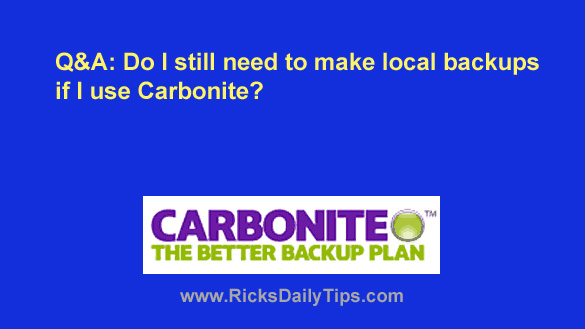 Question from Glenda B: I’ve been using Carbonite for over a year thinking all of my data could be recovered if my hard drive died, but now I’m not so sure.

A guy at work told me that there are some very important files that Carbonite doesn’t back up.

If what he told me is true, do I still need to back up my computer onto an external hard disk even though I use Carbonite?