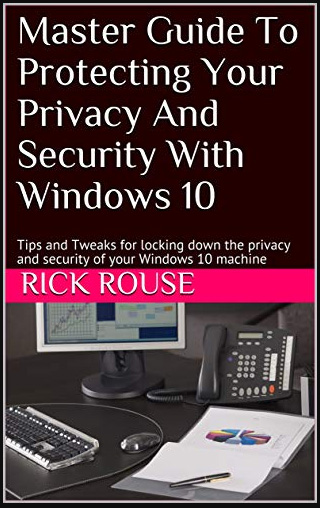 My new eBook Master Guide To Protecting Your Privacy And Security With Windows 10 is now published and ready for purchase on Amazon.

As with my other eBook (the one explaining how to stay safe on Facebook), this one is listed at 99 cents.

Again, I wanted to give this book away for free to help as many people as possible regain their privacy and security when using Windows 10, but Amazon requires authors to choose a purchase price of at least 99 cents.

This book contains all the Windows 10 privacy and security tips that I have written about on this blog, but this puts them all in one place that can easily be kept on your computer or mobile device.

Although it’s a Kindle eBook, you can read it on any device by downloading Amazon’s free Kindle app.

Click here to check out my new eBook “Master Guide To Protecting Your Privacy And Security With Windows 10” at Amazon.

If you’re a regular reader of this blog, you have probably read this post that explains just how easy it is to create and sell ebooks on Amazon. But once your ebook is for sale in the Kindle Store, how do you promote it in order to make lots of sales?

Author Alan Woods explains his proven strategies and methods in powerful, yet easy to understand language and without the use of confusing and unfamiliar jargon.  END_OF_DOCUMENT_TOKEN_TO_BE_REPLACED 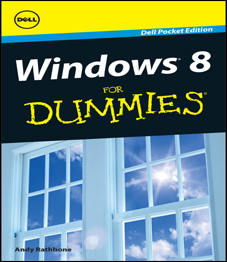 Like it or not, Windows 8/8.1 is here to stay until Windows 10 hits the market next year, so we might as well get used to it unless we’re willing to switch to Linux, a Chromebook or a Mac

When Microsoft set about designing the look and feel of Windows 8, they wanted to make it a radical departure from previous version of Windows. And they sure did a great job at it! In fact, many experienced Windows users feel completely lost the first time they boot up Windows 8.

In addition to doing lots of things differently than previous versions did them, Windows 8 also includes a ton of new features, settings and menus that never existed before. And to make matters even worse, there is no user manual in the box, which means you’re going to have to learn all about Windows 8’s mysterious pieces and parts all on your own.  END_OF_DOCUMENT_TOKEN_TO_BE_REPLACED

Have you ever wanted to create an ebook to sell or just give away to your friends? Most of us have, and there’s a great web tool called Papyrus that will help you do it for free!

Papyrus is a one-stop web shop that lets you do everything from edit and/or import the text and images for your ebook to create beautiful “covers”. They even assist you in selling your completed ebooks! You can easily create beautiful ebooks in kindle, pdf, and epub formats, which pretty much covers 95% of the ebook formats in use today.  END_OF_DOCUMENT_TOKEN_TO_BE_REPLACED