You are here: Home / Smart Phone Tips / How to disable ‘Throttling’ on your iPhone in iOS 11.3
472
SHARES
ShareTweetSubscribe 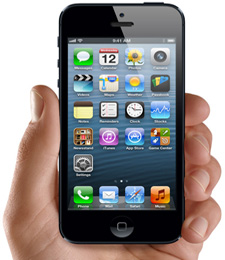 As you might recall, back in December 2017 Apple admitted that they have been intentionally causing older iPhones to run slower.

Their stated reason for this “throttling” is to prevent iPhones with older batteries from shutting down during periods of heavy use.

Needless to say, once the word got out that Apple was intentionally making their phones run slower than they were capable of running, the backlash among iPhone users was both immediate and intense.

Personally, I think having the option to throttle your iPhone to keep it from shutting down on you is a good thing.

The problem is how Apple chose to execute the throttling.

Instead of explaining the situation to their users and giving them the option to throttle their phones themselves with a setting, Apple simply added the throttling code to iOS without telling anyone.

Naturally, when word got out that Apple was secretly slowing down people’s phones, many users became extremely upset about it.

In an effort to gain back the trust they lost over that mis-step Apple has added a setting to disable throttling in iOS 11.3, putting control of the situation in the hands of the users (where it should have been all along).

Throttling is still enabled by default on iPhones that have experienced at least one battery-related shutdown, but if you wish to disable it on your phone you can easily do so.

Important: If you choose to run your iPhone with throttling disabled and it has a weak battery, it could potentially shut down on you the next time you’re using it under heavy load. That could potentially lead to data loss, data corruption or one of several other less-than-desirable issues.

If you’re willing to accept that risk and and you choose to disable throttling anyway, you can do so by following the steps below:

2 – Scroll down and tap Battery.

4 – Scroll down to the “Peak Performance Capability” section and tap Disable.

That’s all there is to it. After following the steps above your iPhone will run at full speed regardless of the condition of the battery.

Bonus tip #1: If your iPhone’s battery needs to be replaced, this post explains that Apple will now replace it for only $29!