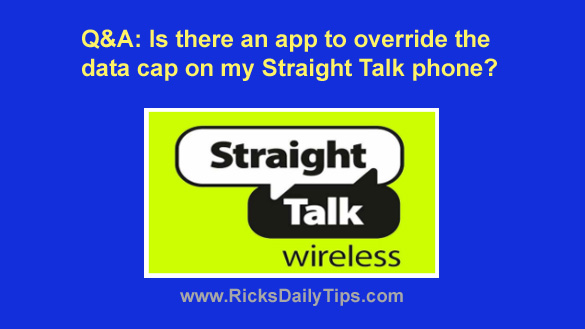 Question from Erin:  I have a Straight Talk smart phone and I have a question about the amount of data it’s using.

I always buy the $45 card and I still often use up my 25GB of data several days before the month is over. I absolutely hate it when they switch my phone to slower speed.

My friend told me there’s an app that will let me bypass the data cap on my Straight Talk plan but he can’t remember the name of it. I searched the Google Play store high and low but couldn’t find it.

I think he might be just trying to pull one over on me. Am I right or is there really an app that will do this? 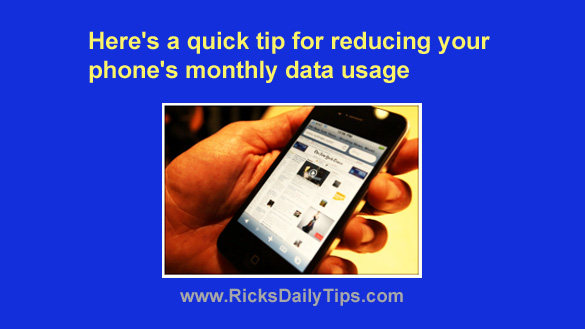 Do you have a smartphone? If so, it probably has dozens of apps installed on it.

Some of those apps were likely installed manually by you, but most of them probably came pre-installed on your phone from the factory.

Most of your phone’s installed apps have one thing in common: They’re constantly sending data to and receiving data from remote servers located in various parts of the world.

This isn’t usually a problem for most users, but if you happen to have a cellular contract with a limited data plan it can be a huge problem for you! END_OF_DOCUMENT_TOKEN_TO_BE_REPLACED 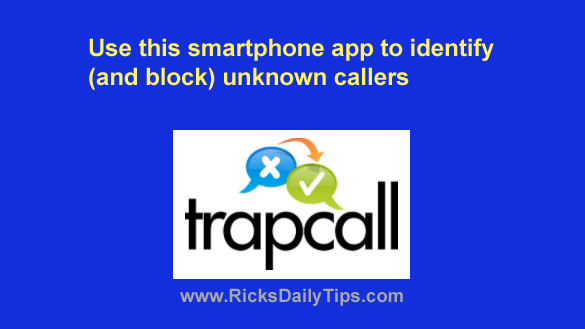 Do you hate getting calls from people who use *67 or some other method to hide their name and number from your Caller ID display?

Yeah, me too. And unfortunately it’s happening more and more every day.

But did you know there’s a smartphone app you can use to identify (and block) those unknown callers?

END_OF_DOCUMENT_TOKEN_TO_BE_REPLACED

Do you have a favorite website that you visit on a regular basis with a browser on your smartphone?

If so, you probably have that site bookmarked in your browser so you can quickly launch it whenever you want to visit it.

But did you know you can actually place an icon for your favorite site(s) right on your phone’s Home screen?

END_OF_DOCUMENT_TOKEN_TO_BE_REPLACED 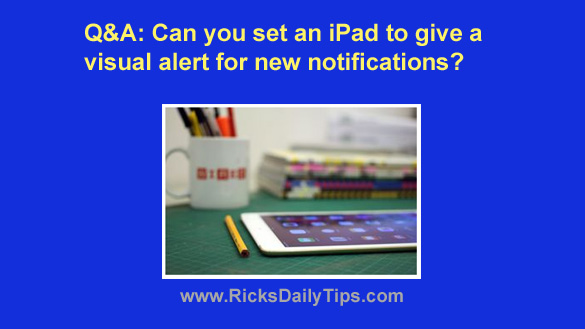 Question from Gloria F.:  Hi Rick. I hope you can help me find a solution to a problem we’re having with my husband’s iPad.

He recently started using Facebook to keep in touch with the grandkids and some of our other family members.

The problem is he’s completely deaf and he can’t hear the notification alerts when someone sends him a message.

Is there any way to have the screen light up with every new notification?