The lines between notebook computers and tablets are becoming more blurred by the day.

“Convertible laptops” can also be used as fully-functioning tablets, offering you the best of both computing worlds in a single device.

Like other convertibles, you can either flip up the lid and use it like a traditional notebook PC or fold it all the way back and use it as a tablet. The choice is yours.

This little gem weighs in at a mere 2.8 pounds but it packs plenty of power into its relatively small frame. Here’s a quick run-down of what’s inside:  END_OF_DOCUMENT_TOKEN_TO_BE_REPLACED 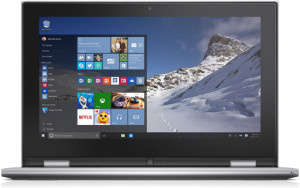 If you love the convenience and ultra-mobility of a tablet PC but also need the power and functionality of a full-blown laptop, the days of having to choose between the two are over thanks to a new breed of PCs known as convertible laptops.

In a nutshell, convertible laptops combine a powerful tablet PC with a standard keyboard and pointing device. When used in the traditional way, these PCs give you all the power and flexibility of a laptop, but swiveling the keyboard 360 degrees converts it into a powerful windows tablet!  END_OF_DOCUMENT_TOKEN_TO_BE_REPLACED 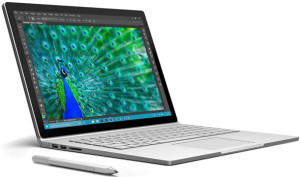 When I heard that Microsoft was planning to release a high end laptop to compete with the MacBook pro, I was a bit skeptical. But after actually taking the Microsoft Surface Book for a spin I came away quite impressed.

First of all, this is so much more than a typical convertible notebook. This is a full-blown high performance laptop that can also be used as a tablet. And it works extremely well in both configurations.  END_OF_DOCUMENT_TOKEN_TO_BE_REPLACED