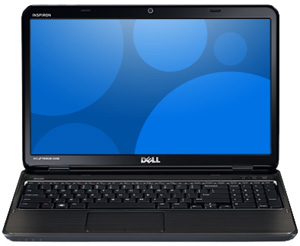 Question from Felipe G.: I have a Dell Inspiron N5110 laptop (Windows 7 – 64 bit) with a single stick of 4GB RAM installed from the factory.

I checked and there is one empty memory slot in this computer. Can I upgrade the RAM to 12GB by plugging a single 8GB DDR3 RAM stick into the empty slot?

Rick’s answer: Hi Felipe. I hate to be the bearer of bad news, but the answer to your question is no. The maximum amount of RAM supported by your laptop’s motherboard is 8GB.  END_OF_DOCUMENT_TOKEN_TO_BE_REPLACED

Windows 7 contains a suite of powerful Administrative Tools that are useful to System Administrators and advanced users. Previous versions of Windows had a direct link to these Administrative tools right on the Start menu, but Windows 7 has them hidden from view by default.

These tools are easily found if you know where to look (most people don’t) or by simply searching for them by name via the Search box, but I prefer having them linked from the Start menu as they had been in the past.

It’s very easy to add the Administrative Tools back to the Windows 7 Start menu. Here’s how:  END_OF_DOCUMENT_TOKEN_TO_BE_REPLACED

There are times when it would be nice to be able to fire up your favorite web browser and continue browsing the site(s) you were browsing the last time the browser was open.

For example, perhaps you accidentally closed your web browser before you finished everything that you wanted to do on the web.

Or maybe a storm rolled in and you had to shut down and unplug your computer in a hurry in order to protect it from a potential lightning strike.

Well, I have good news for you. You can easily restore your last browsing session in Firefox.

END_OF_DOCUMENT_TOKEN_TO_BE_REPLACED

It seems like every version of Windows is a little easier to install than the one before it, and Windows 8 is no exception thanks to Microsoft’s nifty Windows 8 Upgrade Tool.

That being said, there are still times when it helps to be able to install the operating system from a USB thumb drive or DVD. Here’s how to create one:  END_OF_DOCUMENT_TOKEN_TO_BE_REPLACED

Among a number of small changes coming in Windows 8.1 are two biggies:  END_OF_DOCUMENT_TOKEN_TO_BE_REPLACED