You are here: Home / Tech Questions & Answers / Q&A: Why are some computers noisier than others?
454
SHARES
ShareTweetSubscribe 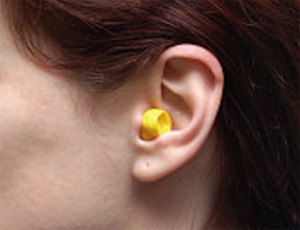 Question from Lexie H.:  I was out shopping for a new computer today and I noticed that some computers make more noise than others.

The salesman I was talking to said it’s normal for some models to be louder than others but he couldn’t explain why that is.

Can you tell me why some computers are really loud while others are really quiet? Also, are the louder ones better or worse than the quiet ones?

Rick’s answer:  Lexie, the salesman you spoke with was correct when he said it’s normal for some computers to be louder than others, but I’m a bit surprised that he was unable to tell you why that is.

There are typically two sources of noise within a computer chassis: Fan noise and hard drive noise.

Let’s discuss the fan noise first because the fan(s) is usually the loudest component in a computer.

Most computer cases are equipped with one or more fans that draw cool air into the case and circulate it over and around the various internal components in order to keep them cool. The warm air is then expelled out of the case through one or more vents.

Depending on the cooling requirements of the components inside the computer, the case fan(s) might spin relatively slowly, very fast, or at a speed that falls between the two. In general, the faster a fan spins, the louder it will be.

As far as the hard drives are concerned, some models are virtually silent while others are rather noisy. Hard drive noise is caused both by the platters spinning at a high velocity and the read/write heads moving in and out over the surfaces of the platters.

The noise generated by a computer’s hard drive is often imperceptible, but if the computer’s case fan(s) is really quiet the hard drive noise can easily be heard.

Nowadays, many newer computers come with solid state drives (SSDs) instead of spinning hard drives. And since SSDs are completely silent they don’t add any noises to a computer system whatsoever.

What’s more, many smaller computers don’t even have fans on their CPU chips and graphics chips. And since this class of computer typically uses SSDs instead of hard drives, the entire machine is completely silent while it’s running!

Bottom line: In rare cases there can be other sources of noise inside a computer, but the fan(s) and hard drive(s) are the most common sources.