You are here: Home / Tech Questions & Answers / Q&A: Which is better, a PC with a faster CPU or one with more memory?
987
SHARES
ShareTweetSubscribe 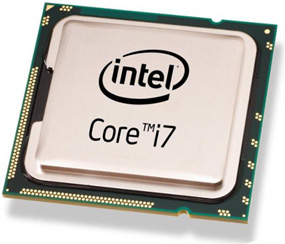 Question from Eric B.:  Rick, I’m getting ready to buy a new laptop for my son to use for his schoolwork, and I need some advice on a matter that is puzzling me.

I’ve narrowed down my choices to two models: One has a 2.2 Ghz CPU and 8GB of RAM. The other has a 2.4 Ghz CPU but 4 GB of RAM. Which of these laptops do you think will offer more bang for the buck given that the cost is virtually the same?

Rick’s answer:  Eric, lots of folks struggle with this type of question when they go out shopping for a new computer. Given a choice, should they opt for faster processor or more RAM? Here is my answer: It depends!

There are a couple of things to consider:

1 – Are the two CPU’s in the same processor class? As a general rule, a CPU in a more powerful class will almost always out-perform one in a less powerful class (think Intel Core i7 vs. Intel Core i3), regardless of their relative clock speeds.

2 – Assuming that the CPUs are in the same processor class, I would always opt for the fastest CPU even if it means getting less RAM. It’s very easy to add RAM to a computer, and these days RAM is relatively cheap.

Bottom line: In my opinion, CPU speed trumps the amount of RAM when having to make a choice between two PCs with CPUs that are in the same class. Unless the motherboard is already maxed out, you can always add more RAM. But upgrading to a faster CPU can be rather expensive – and virtually impossible with most laptops.