If you spend much time at all on the Internet, you have surely seen tons of ads for the “Fix My PC” style programs that are out there competing for your hard-earned dollars. And trust me, there are plenty of them out there.

All of these programs promise to scan your Windows installation and fix any errors they find, enhancing system stability – making your computer run faster as a result.

Every now and then I’ll download one of these programs and check it out. I recently saw an ad for TweakBit FixMyPC that caught my interest, so I downloaded it and gave it a try.

The first thing I noticed was that the installer didn’t attempt to sneak any third-party junkware onto my system. This is a big plus and the company deserves a lot of credit for resisting the temptation to make some extra bucks by bundling junk along with its products.

There is one bundled program that is pre-selected in the installer, but that is an optional utility offered by TweakBit themselves. Although the optional program is pre-selected by default, the check box is right on the front of the installation screen and easily seen. Again, to the company’s credit, they didn’t hide the check box behind a sneaky “Custom Installation” screen. This screenshot illustrates what I’m talking about: 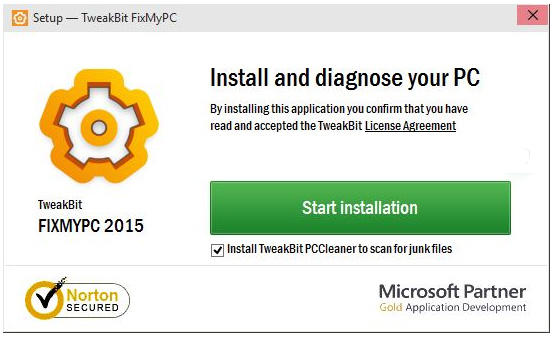 After the program was successfully installed, it launched automatically and initiated a scan of my system. It checked for a number of common Windows issues, and the results were displayed in the box shown below: 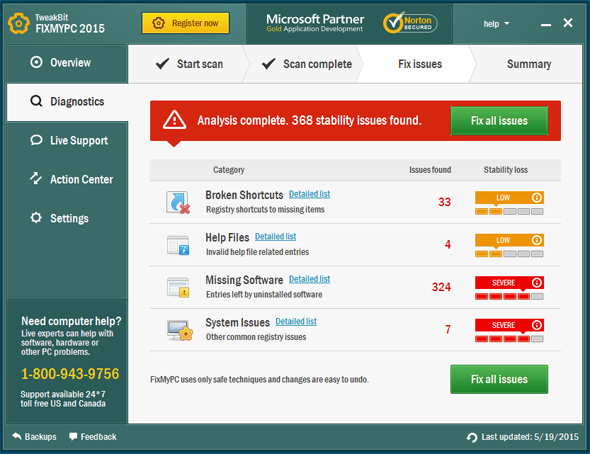 As you can see, the scan found four types of issues. The “Broken Shortcuts” and “Invalid Help Files” entries were classified as having a “Low” importance, and in my opinion that was a correct classification.

The “Missing Software” and “Other common Registry issues” listings were classified as “Severe”. In my opinion, these are not “severe” issues. In fact, they are quite common on virtually all Windows installations and for the most part they are completely harmless.

This mis-classification of those very common issues as “severe” was a huge red flag. I would classify them as medium in severity at the most as their effects on a typical Windows installation will hardly even be noticeable in regards to system speed and stability.

Clicking on the “Fix all issues” button resulted in this window popping up: 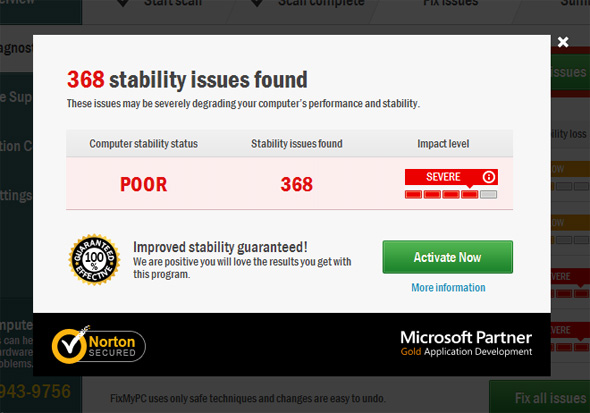 It’s fairly obvious that the purpose of this screen is basically to scare you into “activating” the software so it can fix the “severe” issues that it found with your Windows installation.

Clicking the “Activate Now” button took me to an activation screen where it asked for my name and email address. The activation process included asking me to pay $29.95 for an “Activation Key”. If the activation key isn’t purchased the issues listed will not be fixed.

Bottom line: The issues found by the TweakBit FixMyPC scan aren’t “severe” in the first place, but if you want to fix them you can simply download the free version of an excellent tool called CCleaner. I have used the free version of CCleaner for years and it works extremely well.

My recommendation is to save your money by skipping TweakBit FixMyPC. It won’t harm your system, but it won’t do much to help it either – especially at a cost of $30!