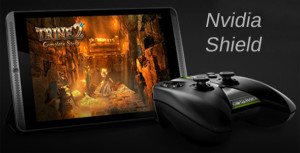 Did you purchase an Nvidia Shield tablet between July 2014 and July 2015? If so, it might have just been recalled.

The tablets affected by the recall contain defective batteries that can potentially over-heat and cause a fire.

Nvidia is asking everyone who owns a Shield tablet that was purchased during the time-frame mentioned above to follow the steps below to determine if your unit is subject to the recall:  END_OF_DOCUMENT_TOKEN_TO_BE_REPLACED