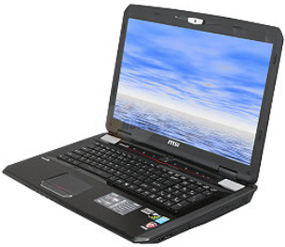 The folks at Which? claim that a new study they conducted shows that most manufacturers overstate the battery life of their laptops by huge margins (by hours instead of minutes).

I don’t believe that to be accurate, and I’ll explain why.

Which? says they tested a slew of laptop models by several major manufacturers by using them to continually access the Internet over Wi-Fi or watching videos until the battery goes from fully charged to completely empty.

The conclusion they drew from the results of those tests is that most manufacturers are overstating their laptops’ battery lives by as much as 50%. In other words, they are basically saying the manufacturers are fibbing to their customers.

I believe that conclusion is flawed because the study was apparently conducted under the assumption that most laptop owners use their machines in one of those two ways. Well, most users don’t.  END_OF_DOCUMENT_TOKEN_TO_BE_REPLACED

It has recently come to light that Google’s Chrome web browser (which I LOVE by the way) is a battery hog when used on a laptop, and this is something that I had preciously been totally unaware of.

I hadn’t noticed it because I do the vast majority of my work on a desktop PC, but after checking it out by running tests with my laptop, I can tell you that it is indeed true.

Apparently the culprit is something called the “System Clock Tick Rate”. In simplified terms, this is the rate at which the system “wakes up” a sleeping CPU to check to see if anything is going on that needs to be taken care of.  END_OF_DOCUMENT_TOKEN_TO_BE_REPLACED