You are here: Home / Tech Questions & Answers / Q&A: Can I put more than one System Image Backup on the same drive?
1.2k
SHARES
ShareTweetSubscribe 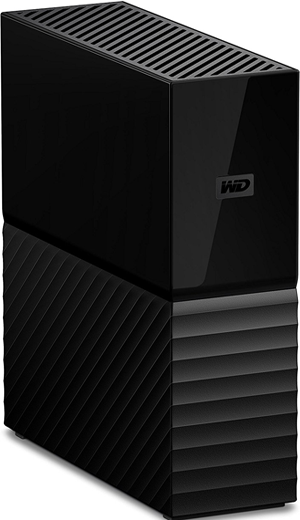 A while back I read your post about making System Image backups with Windows 10. Your instructions are very good and easy to follow.

I’ve made three backups so far but I’ve noticed that there’s only one backup on my external hard drive. I’m assuming it’s the last one I made?

My question is can I store more than one backup on the same drive? I have a 2TB external drive so there should be plenty of room for multiple backups.

I’m the paranoid type by nature and I like having other backups to fall back on in case the most recent one doesn’t work for some reason.

Rick’s answer:  Hi Juliene. First of all, thanks for the kind words about my blog. I appreciate them very much.

But as you’ve discovered, when you create a new backup Windows replaces the existing backup with the new one. I’ve never figured out why Microsoft doesn’t fix this glaring oversight because it really is a good thing to have redundant backups.

The above being said, there is an easy way to store multiple backups on the same drive. All you have to do is rename the current backup folder before you begin creating the new backup. Here’s how:

1 – Connect the external drive you use to store your backups to your PC.

3 – Double-click on the external drive to view its contents. You should see a folder named WindowsImageBackup listed among the other files and folders. That’s the folder containing the existing backup.

4 – Right-click on WindowsImageBackup and select Rename from the drop-down menu.

5 – Append the word first to the end of the existing filename. In other words, change WindowsImageBackup to WindowImageBackup-first.

6 – Now go ahead and create your new System Image Backup using the same procedure you used before.

7 – The next time you create another new backup, repeat steps 1 – 5 but rename the existing WindowsImageBackup folder by appending the current date to it.

For example, if the date happened to be February 5, 2017 you would rename the file to WindowsImageBackup-2-5-2017.

That’s all there is to it. After you’ve created several backups you’ll have several corresponding backup folders that look something like this in File Explorer:

The other backups will be listed in order based upon their creation dates.

Just keep renaming the latest backup folder by appending the current date to it and you’ll be able to store as many backups on your external drive as it’s storage capacity will allow.

If you ever need to restore your PC’s hard drive from a System Image backup, simply use the most recent backup (WindowsImageBackup) to complete the process.

Update from Juliene: Thanks Rick. This helps a lot!

Bonus tip #1: This massive external drive could store dozens of System Image backups! (And it never hurts to spread your backups among multiple drives since losing your only backup drive would mean losing ALL of your backups! Just sayin’.)