You are here: Home / Tech News / Advertisers and publishers hate ad blockers, but they have only themselves to blame for them.
1.3k
SHARES
ShareTweetSubscribe 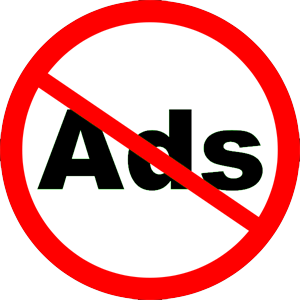 The recent explosion in the number of Internet users installing ad blockers has greatly reduced the amount of advertising revenue being earned by many online publishers.

Truth be told, I use ad blockers on all my browsers myself, and I doubt if I’ll ever surf the web without them again.

Publishers hate ad blockers because the ads they place on their websites never make it to the reader’s web browser. And as one would expect, every blocked ad represents a loss of revenue.

But guess what? The publishers have no one but themselves to blame for this huge loss of income. To understand why that is, it’s important to consider the history of online advertising…

The first online advertisements consisted primarily of banner ads, button ads and various other graphic images that simply displayed a marketing message and linked to the advertiser’s website.

If readers liked what they saw in an ad, they’d click through and visit the advertiser’s site. If not, they could simply ignore the ad and keep reading the page’s content.

After a while the advertisers started tweaking their banners to make them flash, rotate and take other attention-getting actions in order to catch the reader’s attention and generate more clicks.

Ads that performed all kinds of digital gymnastics indeed drew more attention and clicks, prompting the advertisers to look for ever more aggressive ways to increase reader engagement.

Before long ads began “popping up” either over or under the current window, slowing down the browser and irritating many users in the process. And unfortunately, the pop-ups worked wonders as well. Yes, they irritated lots of readers, but they were also very effective at drawing clicks and earning incremental revenue.

I’ve often heard it said that success breeds more success, and I suppose that’s what happened in the advertising world. All of that flashing, rotating and popping up resulted in record ad revenues, prompting the advertisers to try pushing the envelope even farther.

The problem is, the advanced ad technologies that came next ended up killing the golden “online advertising” goose.

All of a sudden readers found themselves being bombarded with video ads that started playing all on their own combined with multiple pop-up and/or fade-in ads that literally forced you to engage with them before you could even begin to view the actual content of the page.

Even worse, all of this activity slowed users’ browsers to a crawl, making it extremely difficult to even consume the content they came to the website to view in the first place.

Clearly something had to give, and that something was the proliferation of ad blocking software that now has online advertisers and publishers panicking over a massive loss in revenue.

While it was the advertisers who kept pushing the envelope by producing ever more intrusive ads, the publishers that placed those ads on their web pages apparently never saw the need to push back against them. In fact, they were quite eager to assist in degrading the readers’ user experience in exchange for ever-increasing ad revenue.

Now many advertisers and publishers are struggling to find their way back to profitability, but it’s likely to be difficult at best. As much as they hate ad blockers, they are here to stay. In fact, some web browsers now come with integrated ad blocking technology built right in and activated by default.

Bottom line: I believe that online advertising will make a comeback, and eventually be stronger than ever. But in order for that to happen the advertisers and publishers will have to come up with a way to engage the readers without irritating them to no end in the process.

Do you agree? Do you think I’m off-base with this analysis? Feel free to express your opinion about this topic in the comments section.