You are here: Home / Tech Questions & Answers / Q&A: The guy at the computer shop stole my RAM. How can I make him give it back?
926
SHARES
ShareTweetSubscribe 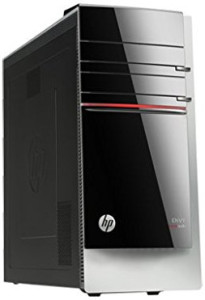 Question from Nikki W.:  I have a terrible problem Rick. I took my HP desktop tower to our local computer shop because it wouldn’t boot up into Windows.

Long story short, the guy told me the hard drive was bad and he would have to replace it and then reinstall Windows 7.

I got the computer back yesterday and it seems to run ok, but after I use Chrome for a while I get a message telling me the memory is running low.

I looked at the System Information screen and it said there was only 3.4GB of RAM installed. I know for a fact that it had 8GB in it when I took it to the shop. Oh, and the sound isn’t working either.

My main problem is the guy stole some of my RAM and I need to know what I can do to make him put it back in since I can’t prove how much RAM was in it when I took it to his shop. And I hope you can help me get the sound working too. Can you give me some advice?

Rick’s answer:  Nikki, I don’t believe the guy at the computer shop really stole part of your RAM. I believe what happened is he installed a generic copy of Windows 7/32 Bit instead of the 64 Bit version of Win 7 that came pre-installed on your PC.

A 32 bit operating system will only recognize about half of your 8GB of RAM. With Windows 7/32 Bit installed, the O.S. will think you only have 4GB installed in your PC instead of the 8GB that you know is actually there.

Since your hard drive failed the tech had no way to access the Recovery Partition, so he probably just downloaded a generic Windows 7 ISO from the Internet and activated it using the Activation Key that is printed on the label on your machine.

That would also explain why your sound card isn’t working. Since he didn’t have the OEM Recovery Discs that match your particular computer model, the correct hardware drivers never got installed.

You can easily verify that the “missing RAM” problem is due to the installation of Windows 7/32 bit instead of Windows 7/64 bit by taking another look at the System Information screen. It will tell you which version of Windows 7 he installed.

Bottom line: I recommend that you take the computer back to the shop and ask the tech to install Windows 7/64 bit instead of the 32 bit version. And he also needs to verify that all the hardware devices have the correct drivers installed and they are working correctly.

In my humble opinion, the guy at the shop should be willing to do this for you at no additional charge. It really bothers me that he apparently didn’t care enough to install the correct version of Windows and make sure all of your hardware devices were working before turning the PC back over to you.

Update from Nikki:  You were right Rick. The System Information screen says my computer is running Windows 7 Home Premium – 32 bit. I don’t trust that guy enough to take the computer back to him so I’m going to take it to a shop in the city. It’s a fairly long drive but it’ll be worth it.

Bonus tip #1: This is a perfect example of why it’s so important to make regular backups of your computer’s hard drive.

Luckily, it’s very easy to create a System Image Backup on a Windows PC. Just click here and follow the instructions for your version of Windows.