You are here: Home / Tech News / Walmart to begin selling iPhone 5s and 5c for Straight Talk and Net 10 on December 13
551
SHARES
ShareTweetSubscribe 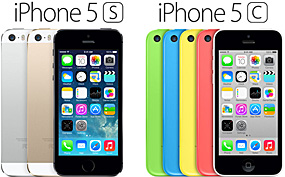 If you have been wanting to buy either an iPhone 5s or iPhone 5c for use with your Straight Talk or Net 10 plan, you’ll soon have that option.

Tracfone (the parent company of both Straight Talk and Net 10) has just announced that both phones will be available for purchase and use with those plans beginning on December 13.

At $649 for the 5s and $549 for the 5c, neither of the phones will come cheap. But budget conscious consumers can still save a bundle over the long term thanks to the inexpensive plan they’ll be using.

Relatively cheap prepaid cell phone plans have become extremely popular in recent years, and every time a popular new phone is added to their pool of available phones, those plans become more popular still. I’m sure that many budget minded Apple fans will be very happy come December 13.