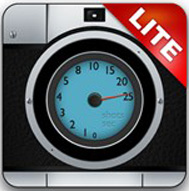 Do you get frustrated at the slow response from the camera on your Android phone? Lots of folks do, especially if they have older, slower phones.

I have an ancient Samsung Galaxy S 4G and it seems like it takes forever for the picture to take after I tap the shutter release button. Well, at least it used to…

I recently installed a free app called Fast Burst Camera Lite, and let me tell you, it put my phone’s camera on steroids!

2 – It gives the camera a full-blown burst mode. Simply press and hold the shutter button and the camera will take a continuous stream of snapshots, presumably until the memory card fills up. During my testing I held the button down for 2 or 3 seconds and ended up with 13 exposures!

This free app works great, and although there is a paid version available I have no intention of purchasing it. If you think you might be interested however, here are the “extras” that you’ll get if you decide to go with the upgraded version with all the bells and whistles:

1 – Faster save time – In all honesty, my Samsung phone saved the photos I took using Fast Burst Camera Lite very quickly – even the ones taken in burst mode. Unless you have an older, slower phone I really don’t see this as a selling point.

2 – Shutter sound toggle – This feature will give you the ability to turn on or off the sound you hear every time the shutter button is pressed. Again, for me this isn’t a serious issue.

3 – Zoom control – Now this one would be nice to have since zooming can come in handy at times.

4 – Focus and exposure compensation – These would be nice features to have as well since the camera just snaps a shot of exactly what it sees at the moment the shutter button is pressed. If the shot is out of focus or the lighting is less than optimal you’ll see those effects in your images. I rarely take photos with my phone in poor lighting so this really isn’t that important to me either.

5 – The paid version is ad free – If you opt for the free version you’ll see small advertisements displayed at the top of the screen while you’re using the app. Personally, I find the ads unobtrusive so they don’t bother me at all. But if they would bother you, the paid version is the way to go.

If you decide to give this great app a try, I recommend starting with the free version. Just search for Fast Burst Camera Lite in the Google Play Store.

If you decide to go with the paid version, search for Fast Burst Camera instead (leave off the word Lite).