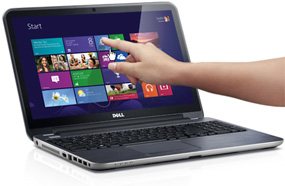 I found it odd when Microsoft decided to make the touch screen-friendly tiles of the new Start Screen the primary selling point of Windows 8.

To this day I still haven’t figured out why the folks in Redmond thought of laptop and Desktops PC users would ever prefer “touching” their computer screens over using their mice and keyboards.

Well, it turns out that I’m not the only person who feels that way. According to data compiled by marketing research firm IDC, very few consumers are willing to lay out the extra cash required to purchase a touch enabled laptop or monitor. And among those who do purchase touch screen computers, only a relative few actually opt for touching the screen over using their mice or keyboards.

By rolling back some of the most drastic changes to the Windows user interface with the upcoming release of Windows 8.1, Microsoft is admitting their error and, to their credit, are trying to make amends. The question is, will it be a case of “too little and too late”? I think it will. How about you?