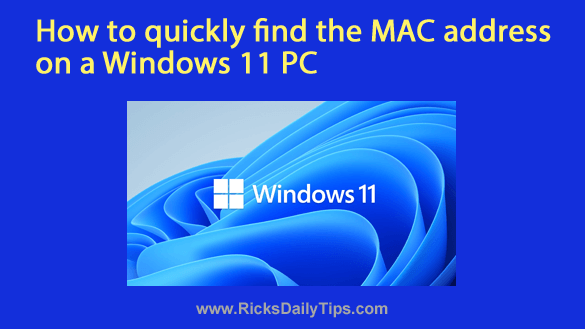 If you ever have to call tech support for any issue that’s even tangentially related to networking or Internet connectivity, you’ll likely be asked to provide your machine’s MAC address.

Yes, Mac desktop computers and MacBooks have MAC addresses, but so do Windows PCs, Linux boxes, Android devices, iPhones and every other such device that connects to a network.  END_OF_DOCUMENT_TOKEN_TO_BE_REPLACED