A few days ago I wrote a post explaining how a new firmware update for some HP printers effectively banned the use of third-party printer cartridges.

Well, it appears that they received so many complaints that it prompted them to reconsider the move and even apologize for it in a post on their corporate blog.

Of course they worded the apology in a way that frames the issue as a “communications” problem, but the real problem is the ban itself in my opinion, not the way they chose to “communicate” with their customers about it.  END_OF_DOCUMENT_TOKEN_TO_BE_REPLACED 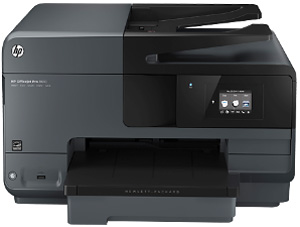 Do you currently use third-party ink cartridges in an HP Officejet printer?

If so, your non-HP cartridges might no longer work after you install your printer’s latest firmware update.

A few days ago HP released a new firmware update for several Officejet models that force the printer to display an error message when it detects that you have installed a non-HP ink cartridge.  END_OF_DOCUMENT_TOKEN_TO_BE_REPLACED