You are here: Home / Smart Phone Tips / Do you remember when…?
1.8k
SHARES
ShareTweetSubscribe 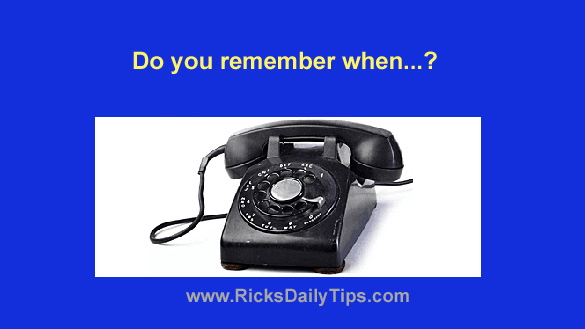 Do you remember when…?

My, how times have changed. Nowadays…

Yep, time marches on, and so does technology. Today’s youngsters have never known a time when the only phone in the house was a hulking rotary telephone that was permanently tethered to a wall with a cord. Somehow I can’t help but believe they’re missing out on something pretty special.

Bonus tip: Click here to read about a device that will allow your landline phone to block nuisance callers.