You are here: Home / Computer Tips / Want a version of Linux that looks just like Windows 11?
494
SHARES
ShareTweetSubscribe 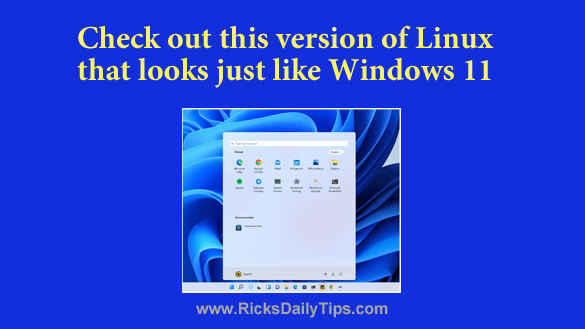 I’m often asked which version of Linux looks and works most like Windows, and my usual answer is Linux Mint with the Cinnamon Desktop.

Now that Windows 11 is here, you Linux aficionados might be wondering when a Windows 11 look-alike version of Linux will show up.

The Linux gurus at Windowsfx have been creating Linux distros that mimic the look-and-feel of Windows 10 for a good while, but now they have turned their attention to Windows 11.

Their free Windowsfx 11 Preview is now available for download. Once you install it your screen will look like this: 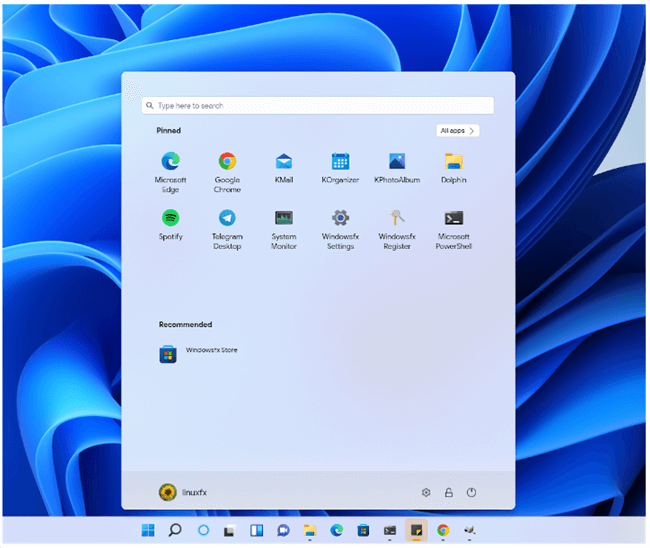 Looks a lot like the real thing, right? Well don’t let the look fool you…

This thing is pure Linux at its core (Ubuntu to be exact).

That means you’ll get the stability, speed and security of Linux while enjoying the look and feel of Windows 11.

Just be aware that like any other Linux distro, Windowsfx is going to come with a learning curve for any Windows user who is giving Linux a try for the first time.

While the Desktop, Start Menu and many other screens mimic Windows 11 quite well, it’s still Linux underneath with all the advantages and disadvantages that entails.

Bottom line: If you’re looking for a Linux distro that works like Linux but looks like Windows 11, Windowsfx 11 is it!

Windowsfx 11 is free, but you can opt for a paid “Professional” edition if you want to.