You are here: Home / Tech News / Guess what? Cops can now unlock your iPhone even if it’s protected with a pass-code.
952
SHARES
ShareTweetSubscribe 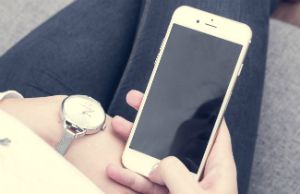 According to recent reports from Motherboard and Malwarebytes, cops now have capability to unlock your locked and encrypted iPhone and view your call logs, text messages and photos at will.

What’s more, they can even access your instant messaging and social media accounts if your phone signs you into those accounts automatically (always a bad idea).

And they can now do all of this without your assistance.

The device they use to break your phone’s pass-code is called a GrayKey iPhone Unlocker, and police departments all across the country are currently buying them for their officers to use during investigations.

How the GrayKey device manages to get past an iPhone’s formidable security features is known only by the company (for now at least), but it apparently works quite well.

But the above being said, the pass-code breaking process isn’t instantaneous. The more digits in the pass-code, the longer it takes for the device to break it. In fact, it can take several days to break some longer pass-codes.

So what does this new capability of the police to crack your iPhone’s pass-code mean to you?

Well, first of all, you can no longer depend on your iPhone’s encryption to prevent the police from accessing the information on it.

If the cops can get their hands on your phone, they’ll be able to view your call logs, text messages, photos and more. It’s just a matter of time (however long it takes their GrayKey device to break your phone’s pass-code).

Second, you’ll need to start thinking about the types of information you want to store on your phone and what kinds of things you want to do with it.

Now, don’t get me wrong. I’m not insinuating that you might be a crook. I’m simply saying you might want to think long and hard before you use your phone for anything that you wouldn’t want to cops to find out about.

And that can include activities that are completely legal and moral. You just never know when the police might try to use innocent activities to tie you to some crime they’re trying to solve.

And no, I’m not trying to run down our friends in law enforcement, either. I firmly believe that the vast majority of cops are honest and decent public servants who simply want to find the truth behind whatever matter they happen to be investigating.

All I’m saying is sometimes things might appear to be something they aren’t when they’re tied to other things. I’ll just leave it at that.

Bottom line: You can no longer rely on your iPhone’s encryption and pass-code to keep your digital life private. If the police ever get their hands on your phone everything you have on it will be wide open for them to view.

And now, one final note: At the current time these GrayKey devices are only being sold to law enforcement agencies, and they are not cheap. However, I’m guessing that they’ll eventually be sold to the public, and at much lower prices.

Bonus tip #1: Click here to read about several dangerous scams and irritating hoaxes that are making the rounds right now.