You are here: Home / Tech Questions & Answers / Q&A: Do you think I should buy a TV with a damaged screen?
586
SHARES
ShareTweetSubscribe 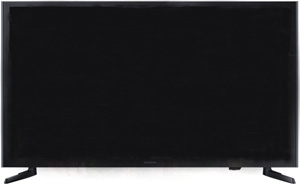 Question from Barry K.:  My neighbor has an almost new 32-inch flat screen TV that he’s offering to sell to me for $45. The thing is it has been damaged.

The right half of the screen got crushed when his little boy hit it with a golf club. He says he had it checked out and they told him it just needs a new screen (the screen doesn’t work at all).

My question is do you think this TV is a good deal at $45? I don’t mind paying to have it fixed if it costs less than $75.

Rick’s answer:  Hi Barry. If I were you I would take a pass on this deal, for the following reasons:

1 – Assuming you could actually get this TV’s damaged screen replaced for $75 (trust me, you won’t), that would mean you would have $120 tied up in it.

As you can see right here, at the current time you could buy a brand new 32 inch flat screen TV new for about the same amount of money. That makes this a poor deal in my humble opinion.

2 – Since this TV’s screen was “crushed” with a golf club I have a strong suspicion that other components besides just the screen probably sustained some damage as well, regardless of what the folks at the repair shop said.

Some types of damage aren’t readily apparent from a visual check (and that’s all they could have performed with the screen not working at all).

If the TV’s innards need to be replaced as well as the screen, you could easily be looking at several times what the TV is actually worth in repair costs.

What’s more, the TV might work fine for a short while after the screen is replaced only to fail prematurely due to the previous damage.

Bottom line: I hate to be the bearer of bad news, but I think you would be wise to invest your money in a new TV (or at least a used one that is actually in working order).

Bonus tip #1: This post explains how to choose the best TV from a wall full of display models.