You are here: Home / Scam alerts / If you use any of these apps from the Microsoft Store, delete them NOW!
2k
SHARES
ShareTweetSubscribe

Microsoft encourages Windows users to only download Windows apps from the official Microsoft Store because there’s no way to ensure the safety of apps that are available from third-party download sites.

Well, it appears that Microsoft needs to pick up their game a bit if they want to maintain the Microsoft Store’s reputation as a source for safe app downloads.

Security firm Symantec has just discovered that at least eight apps available from the Microsoft Store start engaging in crypto jacking operations immediately after they are downloaded and installed on a user’s Windows machine.

If you aren’t familiar with the term, crypto jacking is the process of intercepting crypto currency (Bitcoin, for example) before the rightful owner has a chance to claim it.

In other words, if you’re using one of the eight malicious apps discovered by Symantec your PC or Windows mobile device is actively helping thieves steal someone else’s money!

So far the eight apps listed on the chart below are the only ones found to engaging in crypto jacking: 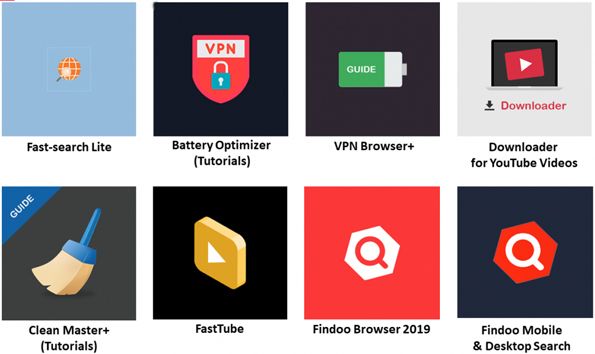 As you can see, there are some fairly popular apps on the list. That means there’s a good chance that you or someone you know is using one or more of them as we speak.

Bottom line: If you’re using any of the apps listed on the chart above I strongly recommend that you remove them right away.

I also recommend that you refrain from downloading any other apps from the Microsoft Store until Microsoft gets a handle on this situation.

Bonus tip #1: Click here to read about several more scams that are currently making the rounds.