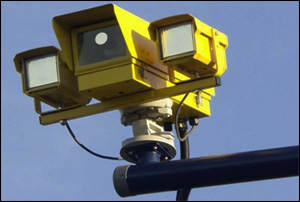 Ok, I’ll admit it. I detest speed cameras. But it’s not because I tend to speed when I’m driving, because I really don’t.

The reason I don’t like them is because they’re used primarily to pad the coffers of the municipalities that install them, not make the roads safer.

If they truly helped save lives, I’d be all for them. But numerous studies have determined that, as with red light cameras, they do very little to enhance driver safety.

If you’re not very fond of speed cameras either, then you might be interested to know that Korean auto maker Hyundai has developed technology that will warn you when you approach a stretch of road that’s covered by speed cameras. And if you happen to miss the warning for some reason, the car will gently apply the brakes for you and automatically slow the car down to the posted speed limit.

If you’re wondering if this technology will run afoul of the law in states where radar detectors are illegal, the answer is probably not. Why not a yes or no?

Well, the device in question here isn’t a radar detector. It’s a tiny computer that compares current data from the car’s GPS device with a database of the known locations of speed cameras. When the device figures out that there’s a speed camera up ahead, it’ll issue the aforementioned warning 1/2 mile before you reach the first camera. If you fail to slow down to the posted speed limit before you get there, the car will slow down to that speed all on its own.

Sounds pretty good, right? Well, I like it, but it remains to be seen just how effective it will be at preventing speeding tickets.

Also, it might be a while before you can take advantage of this technology because Hyundai will be limiting its use to the roads of South Korea for the time being. And once it finally gets here, who knows how the courts will rule when someone gets erroneously busted for using a radar detector (which this clearly isn’t) in a state where radar detectors are illegal? Food for thought.